The tools of molecular medicine are designed to work in remote regions of inner space — places in the body that aren't easy to see without invasive procedures. Think under a lung, inside a liver or behind an eye. There, within tiny cellular galaxies, gene therapies can turn faulty genes off or replace them with healthy copies, or introduce new, disease-fighting DNA. Cell therapies can use custom stem cells to repair damaged tissues and treat disease. These ideas didn't develop at a steady rate, but rather in stops and starts, thanks to 20 years of tandem efforts by researchers at Mayo Clinic and around the world. One of those researchers is Kah Whye Peng, Ph.D.

For Dr. Peng, holdups are not just obstacles to clear. They're opportunities to take stock of issues that will face health care professionals and patients.

Noninvasive monitoring of regenerative treatments is a case in point. Tracking a curative therapy is like following the voyage of a probe shot into outer space, heading to Jupiter. You want to know what's happening every day of its journey — not send it out into darkness.

To follow the fates of these treatments, researchers have tested many molecular imaging technologies. Bioluminescence imaging, for example, takes advantage of light emission genes from one of several organisms, including fireflies and sea pansies. But while it successfully casts some light on the subject, deep tissues remain hidden from sight. To solve this meteoric problem, Dr. Peng and her colleagues, including Stephen J. Russell, M.D, Ph.D., the Richard O. Jacobson Professor of Molecular Medicine at Mayo Clinic, built a beacon bright enough to light the way. Their proprietary noninvasive imaging system makes it possible to monitor regenerative healing in patients in real time over a course of treatment in a nonharmful way.

"So now," Dr. Peng explains, " instead of putting your therapy into this black box and just hoping for a favorable outcome, now the box is clear glass, and there's a light on. You can see what's happening."

Turning the Light On

Imaging technology begins with something called a reporter gene. Reporters play vital roles in many areas of biological research because they make it possible to assess the activity of genes and the location of gene products. In Dr. Peng's system, a human protein called sodium-iodide symporter, or NIS, fulfills this role. The body normally uses NIS to concentrate iodine in the thyroid, where it's needed to make thyroid hormone. But iodine — or radioactive iodine tracer — also can accumulate in other tissues if the cells there have been engineered to express NIS. While light from fluorescent and luminescent reporters is too weak to shine through layers of tissue, the electromagnetic radiation arising from iodine tracers penetrates readily.

NIS is effectively the megawattage for the beacon, and the radioactive tracer is the beam, transmitting signals that can be picked up using standard medical imaging modalities, including positron emission tomography, or PET. NIS is one of the oldest examples of an imaging reporter gene in humans. The makings for the beacon first began to come together many years ago when John Morris III, M.D., a Mayo Clinic endocrinologist, introduced an earlier and less powerful version of the imaging system to Drs. Peng and Russell, suggesting that it be built into the cancer-killing viruses they were developing. To improve visualization, Stephen Broski, M.D., a Mayo Clinic diagnostic radiologist, and Dr. Peng collaborated to use analogs that can be used with NIS.

"By using a PET tracer and a PET/CT machine, it allows us to see more with less," Dr. Peng explains. "It depends on the application, but now we can see a few thousand cells (expressing NIS); whereas, previously it took about a million."

The beacon system has other, underlying components, including the vector, the gene delivery vehicle; the therapeutic gene, which replaces or turns off faulty DNA, or otherwise fights disease; and the promoter, which controls expression of the therapeutic gene, but is active only in desired cell types. These components work with the reporter which concentrates radiotracer levels in every place that the delivered genes are being expressed), and, finally, the tracer. The vector, therapeutic gene and promotor differ treatment by treatment. But NIS and the enhanced radiotracer can be used as routine imaging reagents for most gene and cell therapies.

"The technology is very simple, but can be applied across many applications, from regenerating a liver or regenerating bone marrow to following (cancer-killing) viral therapy," explains Dr. Peng. "Whatever the therapy, you need to know its fate."

Regeneration in the Light: Delivering Helpful Genes to Cells

Dr. Peng and her team work mostly on viral gene therapies for ovarian cancer and multiple myeloma, but thousands of other diseases and conditions also involve flawed genes.

To streamline development of new therapies that can remedy genetic errors, the Virus and Gene Therapy Program and the Center for Regenerative Medicine standardize clinical-grade viruses to deliver gene therapies, and stem cells for cell therapies. At the same time, the Department of Molecular Medicine helps findings move quickly from the basic science laboratory to patient care — a process greatly facilitated by, as Dr. Peng says, "turning on the lights."

Cell therapies transfer cells that carry helpful DNA directly into the patient. For example, blood cancers such as leukemias and lymphomas can be treated using chimeric antigen receptor-T cell therapy that harvests and engineers a patient's immune cells, and returns them to the body through an infusion to recognize and attack the cancers.

Gene therapies involve the transfer of DNA fixes — usually using disabled viruses — to the appropriate cells of the body. In patients with hemophilia, for example, studies are underway where functional genes are delivered to a patient's liver cells so that they can start making their own clotting factors. In research on some types of malignancies, including ovarian cancer and multiple myeloma, therapeutic viruses find, infect and kill cancer cells, and then stimulate an immune response so that patients can fight any cancer that tries to grow back. When any type of engineered cell or virus is released into the body, there are questions to be asked, such as has it reached the treatment site, or is it selectively propagating and otherwise doing what it's supposed to?

If the beacon is in place, a patient could receive a small dose of radiotracer. After an hour, the tracer accumulates in any cells expressing the DNA fixes. After being scanned from nose to toes, the patient can go home and drink plenty of water to flush out the radioactivity, which has a quick half-life. And at their next visit, the patient can view a 3D representation of the treatment on screen.

Rejuvenation in the Light: Boosting the Body's Natural Ability to Heal

Typically, gene and cell therapies deliver DNA to diseased tissues or organs, where they can restore function. But regenerative medicine also can be used to boost the body's natural ability to mend itself — to remodel cells and tissues, and promote self-healing processes. And the powerful NIS imaging can help researchers follow this rejuvenation process in healthy research animals without sacrificing them. Using NIS, research animals can be scanned over the course of therapy, each acting as its own control, improving the quality of results and reducing the number of animals required. The liver has the greatest regenerative capacity of any organ in the body, and Mayo Clinic researchers are developing a number of regenerative therapies for patients who today must wait for whole-liver transplants. Dr. Peng and her colleagues, including Raymond Hickey, Ph.D.; Scott Nyberg, M.D., Ph.D., a Mayo Clinic transplant surgeon; and others were the first to demonstrate the value of NIS reporter gene technology in liver regeneration — 3D imaging liver cell engraftment in individual animals over time in a way that is relevant to human clinical settings.

An ongoing study of rotator cuff tears is another bright example. In collaboration with Chunfeng Zhao, M.D., a Mayo Clinic orthopedics investigator, Dr. Peng is using NIS imaging to monitor healing in this common type of shoulder injury. NIS expression is triggered by wounding. Then fibrogenesis — the underlying mechanism of healing and repair — is visualized in rats over time using positron emission tomography imaging. Because the modulation of fibrogenesis can be imaged with great sensitivity, the system is especially helpful for anti-fibrotic drug development.

Regenerative therapies are pharmaceuticals, and their kinetics — movements and activities — within the body must be tracked and fully understood before they can be used in patients.

Drs. Peng and Russell commercialized the NIS reporter gene imaging system in 2012 through Mayo Clinic's Employee Entrepreneur Program. This program provides support and resources for medical innovators. They named the company Imanis Life Sciences. They've since developed a range of reagents and services to monitor the fate of cells and viruses in real time, and noninvasively, in animals and people. In 2019, along with Glen Barber, Ph.D., University of Miami Miller School of Medicine, they successfully launched a second company, Vyriad, that's using the NIS system to track engineered viruses that destroy tumor cells and incite tumor-killing immune responses. Their mission? To make a single-shot cure for cancer.

Twenty years and counting into her career at Mayo Clinic, Dr. Peng is now participant and witness as regenerative therapies wend their ways from discovery to clinical trials and onward toward Food and Drug Administration approval in the light shined by her beacon.

Mayo Clinic and Drs. Peng and Russell have a financial interest related to the NIS imaging technology referenced in this article.

If you watched "Top Gun: Maverick" this summer, you saw a fictional portrayal of how fighter pilots can perform incredible aerial maneuvers at high G-forces, ... 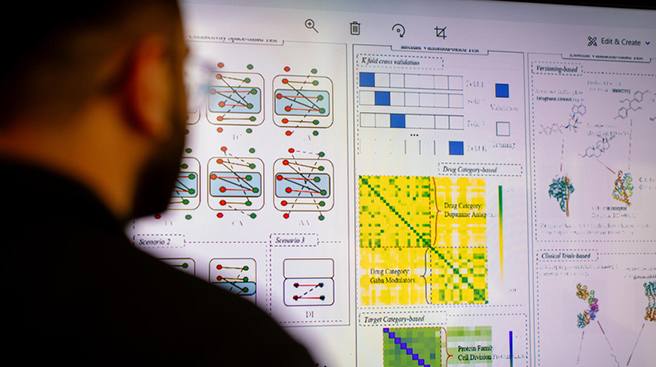 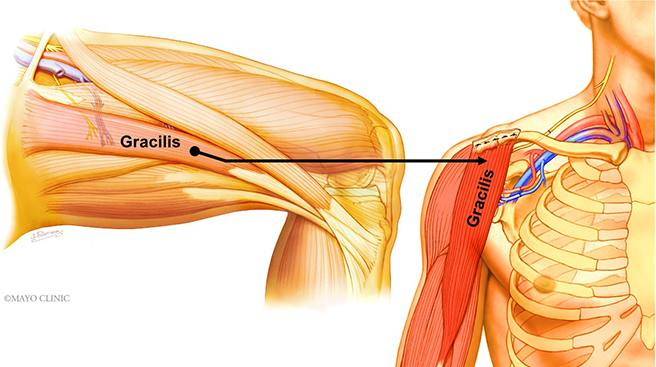 Surgery is set to improve for patients with the introduction of a new model of muscle action that will enhance the skill and experience of ...