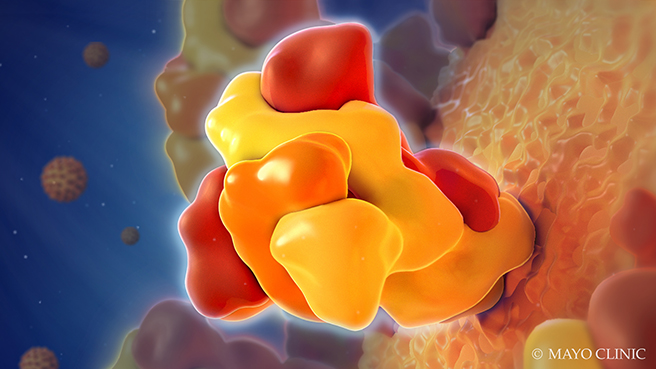 While the SARS-CoV-2 virus that causes COVID-19 continues to evolve, there are vaccines developed so far that prevent severe COVID-19. However, they approach their goal ― a swift and appropriate immune response ― via different routes. Some are genetic vaccines, using messenger RNA, or mRNA. Others use viral proteins, and some use a virus to stop the SARS-CoV-2 virus.

Read on for a brief explanation of how viral infection starts and how these vaccines work.

Viral infection starts when a virus particle, called a viron, enters the body. It attaches to a cell, breaks in and takes over. The viral genome ― either DNA or RNA ― is copied using the cell's machinery that's usually used to carry out instructions from the cell's genome. Instead of turning cellular DNA into messenger RNA and then into proteins, the cell uses the viral DNA and ends up churning out viral proteins. Inside the infected cell, new proteins assemble into new virons, and then break out and begin the cycle again in a new cell. This process is called replication.

When viral proteins exit the cell, or if they are presented on the cell's surface, immune cells pick them up and move them to lymph nodes, where T and B cells will be activated. Once activated, the immune system alert goes out, and the body begins to try to clear out the virus.

One way researchers can train the body to identify a virus is by showing the immune system that virus' "face." For SARS-CoV-2, the part of the virus that seems to identify it to immune cells is the spike proteins. One type of COVID-19 vaccine packages the spike protein in a protective coating, called a nanoparticle. When the particles enter the body, they're picked up by resident immune cells kicking off the immune response.

Another type of vaccine opts for a protective fat bubble. These types of vaccines are called genetic vaccines because they carry DNA or RNA. Some COVID-19 vaccines use messenger RNA to trick human cells into making proteins from the SARS-CoV-2 spike. Because messenger RNA is fragile, the lipid layer acts as a sort of cell member, protecting the genetic material until it gets into a cell. Once in the cell, messenger RNA directs the cell to make the SARS-CoV-2 spike protein, which leads to an immune response.

While genetic vaccines for COVID-19 are the first of their kind, this technology has been investigated for 30 years. During that period, mRNA vaccines have been investigated in animal models of other infectious diseases and cancer.

Use a Virus to Catch a Virus: Adenovirus

To create a vaccine using a virus, researchers harness the replication cycle. They edit the viral genome, removing a gene the virus needs to complete the cycle. Then part of the target virus — for example, the gene code for part of the spike on SARS-CoV-2 — is spliced into the genome. When used this way, a hobbled virus is called a viral vector. One group of viruses commonly used for this purpose are adenoviruses. In their wild form, they cause mild to severe infections and invade parts of the body with a mucosal lining, including the mouth, nose, eyes and gastrointestinal tract. Adenovirus vectors, however, can't cause these infections because they can't complete their replication cycle.

An adenovirus-vector vaccine approach is being examined for a COVID-19 vaccine, building on research that has been underway for five decades. In addition to adenoviruses, other viruses have been adapted for use in experimental therapies from infectious disease to cancer and even gene therapy. Viral vector tools are popular because they create hardy therapies.

While these — and other — vaccines are being developed for a new virus, the technology underlying them is not new. Years of accumulated knowledge enables the scientific community to rapidly organize and plug these ideas into an excellent system of rigorous evaluation. Many more vaccines are taking different immunological pathways to reach the same goal and with time, each will be refined to cover viral variants or other viruses.