New directions in the study of Alzheimer’s disease

Providing an unprecedented increase in funding, the National Institutes of Health (NIH) has recently doubled down on studies of Alzheimer’s disease and related dementias.

Researchers on Mayo Clinic’s campus in Florida are playing a significant role teasing apart the mechanisms underlying Alzheimer’s, which affects 5.7 million Americans and is the sixth leading cause of death in the country. With several new grants, a wide range of studies are addressing the disease from new and intriguing angles.

Neurologist and neurogeneticist Nilüfer Ertekin-Taner, M.D., Ph.D., is investigating a little understood question: why some people—even those who carry risk factors, like the APOE4 gene, that predispose them to Alzheimer’s—never show clinical symptoms of the disease. With a newly funded $5.7 million NIH grant from the National Institutes on Aging (NIA), she will focus on what’s known as “Alzheimer’s resilience,” identifying biological factors that protect people from dementia. Ultimately, those resilience factors may be put to use as treatment. 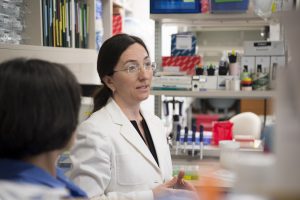 “This is a critical knowledge gap,” she says. “Uncovering biological pathways of resilience could lead to the discovery of novel therapeutic or prophylactic drug targets in Alzheimer’s disease.”

In addition, she’s one of three principal investigators leading a renewed $8 million NIA grant, a project that also involves the University of Florida and the Institute of Systems Biology in Seattle, WA. Dr. Ertekin-Taner and the team are using systems-level data from humans and disease models to identify pathways in the body’s immune system that contribute to Alzheimer’s. The big-data approach identifies disease-related molecular “networks,” correlated groups of genes and proteins that serve specific biological functions and fluctuate together.

The last round of funding yielded several promising new therapeutic targets related to innate immunity. The work even detected a novel Alzheimer’s-related perturbation in the fatty sheaths surrounding brain cells, a finding that’s now launching a new trajectory in the field. With the renewal, the team will scrutinize those newly identified targets by adding additional layers of data, including epigenetic information that can reveal regulatory mechanisms in the perturbed pathways. Those mechanisms, she adds, may also be targetable, opening additional avenues for therapeutic discovery.

“We’re humbled and excited to be embarking on these large projects that really complement each other,” Dr. Ertekin-Taner says. “Only by understanding these two facets of this condition—how to fix the biological pathways that are perturbed and how to enhance those that arm us with resilience—can we begin to address this unmet need of therapeutic discoveries in Alzheimer’s disease.”

In another major multi-institution project, Leonard Petrucelli, Ph.D., chair of neuroscience at Mayo Clinic’s Florida campus, is one of three principal investigators of an $11.1 million grant from the National Institute of Neurological Disorders and Stroke. 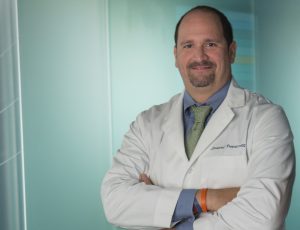 The research team, which includes principal investigators from Columbia University Irving Medical Center and Boston Children’s Hospital, will look closely at tau and TDP-43, two proteins implicated in the Alzheimer’s tangles that aggregate in the brain.

The team will use large-scale protein studies, known as proteomics, and three-dimensional structural protein mapping to examine variants that may lead to different types of Alzheimer’s disease. The studies will distinguish between tau-related disease processes, known as tauopathies, which also include chronic traumatic encephalopathy (CTE) recently brought into the limelight by professional football. Understanding the variants of these proteins may provide highly-tailored approaches to treating Alzheimer’s and other neurodegenerative diseases.

“These studies would not have been feasible without the strong congressional support and commitment to new research initiatives focused on Alzheimer’s disease and related dementias,” says Dr. Petrucelli.

Clinicians and researchers around the world are combining artificial intelligence, known as AI, with health care to help identify patients at greater risk of cardiovascular ...

Athletes with a genetic heart disease are often disqualified from participating in competitive sports because of the perceived risk of sudden cardiac arrest. While the ...

In a recent paper published in Gastroenterology, Mayo Clinic scientists found the G9a enzyme, a regulator of gene expression, may inhibit inflammatory disorders, such as ...