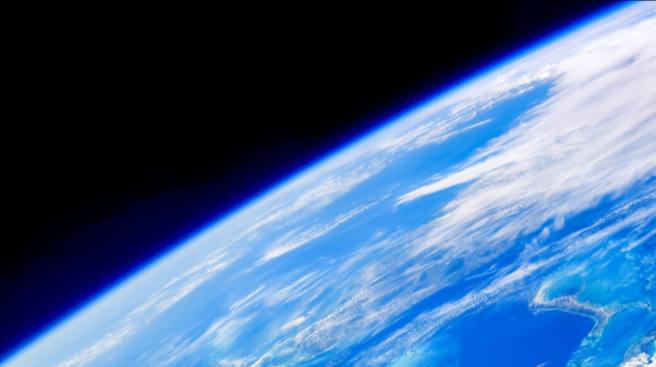 It's a long way to Mars.

And nearly all the journey is outside of Earth's semiprotective atmosphere. Even the International Space Station, 248 miles up, is in a relatively safe orbit — meaning radiation and other exposures are limited.

Still, all the astronauts who have spent more than six consecutive months in space have experienced early symptoms of aging, ranging from shortened telomeres on their chromosomes to cancer. All had a greater-than-normal percentage of cells linked to aging. Heart damage is also a risk to those who travel in zero-gravity conditions and are then reexposed to normal gravity.

That's why two Mayo Clinic scientists have a bunch of research projects riding shotgun on a rocket ship scheduled to lift off in April.

Andre Terzic, M.D., Ph.D., a Mayo Clinic cardiology researcher, and James Kirkland, M.D., Ph.D., a Mayo Clinic geriatrics expert, are leading two lines of research that will be conducted during the trip and while the four astronauts of the Axiom Space flight are at the space station. Over 10 days, Larry Connor, an astronaut and pilot, will work with self-contained minilaboratories of cells, maintaining them and recording data. The cells will be analyzed on their return to Earth, as will the astronauts, who were examined by Mayo researchers before and will be tested after the flight.

Connor spent time at Mayo Clinic conferring with the two researchers and training on laboratory procedures.

"He will be taking these heartlike cells, cultivating them in space, changing their media — feeding them in other words — and essentially preparing them for very elaborate molecular analysis that will be undertaken upon the return of the shuttle," says Dr. Terzic.

While much research has been performed on heart issues in space, this is the first time it will be so focused, says Dr. Terzic.

"There has been no study so far looking very specifically at some genetic variants and the molecular traits of us as individuals on the resilience to cardiac stress and risk for disease. So this is completely new."

The cells provided for the study originated from source material at Mayo's Center for Regenerative Medicine. The other cardiac study is a clinical trial involving the astronauts.

"It will monitor the cardiac function of the astronauts, as well as pick up on some of the markers of cardiac health while they are in space," says Dr. Terzic. "There may be some very specific information we bring back, which may indicate that certain individuals are more resilient than others. It may help us on understanding if our genetic makeup is a criterion in selecting the fittest, potential travelers in the future."

Connor, an experienced jet pilot, is a Mayo Clinic benefactor who supported research in these scientific areas long before helping conduct it in space. He is CEO and founder of The Connor Group, an Ohio-based real estate investing firm. This flight and this science are things he takes seriously.

"I wanted to go there to do worthwhile research because in microgravity, it's a very unique environment," says Connor. "And what better organization than Mayo Clinic to do it with? I have no interest in being a space tourist."

The flight of the SpaceX Dragon cargo spacecraft is scheduled to lift from Cape Canaveral in April.

"People returning from space missions — even brief ones — when their blood and bodily fluids are analyzed, there's evidence of DNA damage," says Dr. Kirkland, head of Mayo's Robert and Arlene Kogod Center on Aging. "There's zero-gravity, high-G acceleration forces on takeoff, and then there's radiation in space. All these things can be linked to cellular senescence."

"NASA is very concerned about radiation, ” says Dr. Kirkland, “especially the radiation outside the Van Allen belt. And solar flares are also very dangerous in causing cells to become senescent. So our view is that the Mars mission may be very difficult to accomplish, unless we can find ways to monitor for senescent cell burden and unless we can get our senolytics agents perfected."

Senolytics are drugs discovered at Mayo Clinic that can be used to clear senescent cells from the body. Mayo researchers are conducting over 20 clinical trials on a range of disease and conditions to determine whether or to what degree removing what Dr. Kirkland calls the "senescent burden" can help symptoms of aging or serve as a therapy. Could the drugs be useful to treat future space travelers after a flight, or be used as a precursor to launch? Those are some questions the team hopes to answer.

Crewmembers will have their senescent cell levels measured prior to lift off and again on their return to Earth. Connor also will tend to an experiment with human cells to see if they are susceptible to senescence once in space. Those cells will be compared to a control cache kept on the ground at Cape Canaveral.

How soon will the results of the space studies be known?

"Hopefully, we'll have some early answers within a few months afterward," says Dr. Kirkland. "But this is all new. This is like throwing the dice. We'll have to see what we see."