Can Computers Be Another Set of Eyes in Cancer Screening?

What can advanced computer technology bring to medical care? Potentially, quite a bit. When it comes to disease screening, computers that can make connections and judgments may provide another tool to help doctors and another layer of protection for patients.In a study published in Journal of Clinical Oncology: Clinical Cancer Informatics, a Mayo Clinic team studied how well a computer could learn to read images from a specific type of breast cancer screening.

“We wanted to know, can we train the computer to interpret the images as well as a trained radiologist can?” says lead author Rickey E. Carter, Ph.D., a biostatistician on Mayo Clinic’s Florida campus. 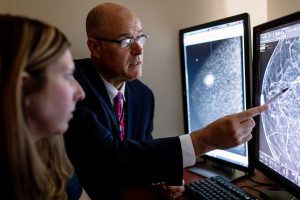 Based on nearly 25,000 images from more than 3,000 patients, the team developed an algorithm designed to read a type of cancer screening called Molecular Breast Imaging. 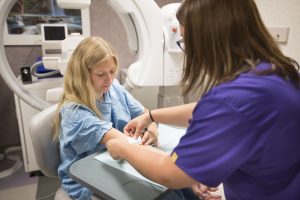 Used instead of or in addition to a mammogram, which uses X-rays of the breast, MBI employs a camera system developed at Mayo Clinic, to image radioactive dye that accumulates according to activity within the tissue. The patterns made by accumulation of the radiotracer dye, a process known as background parenchymal uptake, have been found to correlate with breast cancer risk. 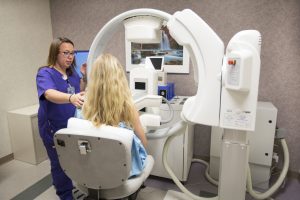 “The goal was to see whether the computer could learn to interpret this background uptake on MBI images, which would be one of the first steps towards stratifying patients into risk categories to better understand a woman’s breast cancer risk profile,” Dr. Carter explains.

The computer used a deep-learning approach that can quickly analyze visual imagery. Researchers found the computer accurately identified at-risk patients nearly 70 percent of the time at first. But when they broadened the risk parameters slightly, the computer’s alignment with human interpretation rose to nearly 97 percent. Ultimately, the computer’s performance still needs to be compared more fully with human image-interpreters, but its pattern reading capabilities may ultimately provide doctors with a systematizing tool to enhance cancer screening.

“The results suggest computers can help standardize risk prediction of MBI and provide objective, reproducible classifications to help guide the next stages of breast cancer surveillance or treatment,” says the study’s principal investigator Carrie B. Hruska, Ph.D., a medical physicist in radiology on Mayo Clinic’s campus in Rochester.

In a new study, Mayo Clinic in Florida researchers and collaborators have found that the antiviral medication Paxlovid reduces the risk of hospitalization in patients [...]