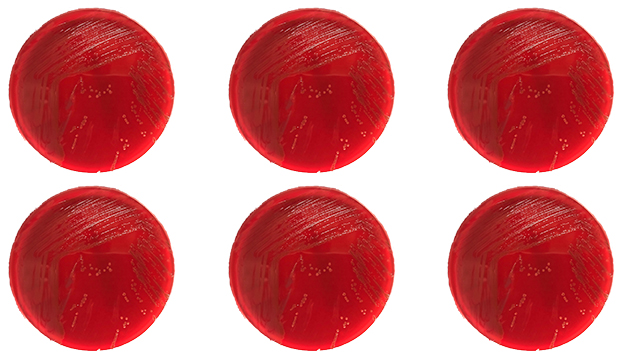 Some 10 trillion bacteria, fungi and other microbes live on or in us — primarily in our gut but also our mouth, airway, on our skin, and nearly every other part of our body. They vastly outnumber our own human cells, calling into question just whose body is whose. For decades, this population, called the "microbiome," was considered primarily a nuisance and a potential source of infection.

But recently, scientists have discovered the microbiome is indispensable to human life. For example, it aids our nutrition by digesting what the body alone can't, wringing out a few extra nutrients and calories from food. More mysteriously, the microbiome is intertwined with the immune system, boosting health in unexpected ways. Together, they maintain the mucosal linings that protect the body's organs from microbial invasions. They are also involved in suppressing or eliminating disruptive, harmful bacteria.

"Those bacteria are not there by chance," says Joseph Murray, M.D., a Mayo Clinic researcher and gastroenterologist. "We have developed with them from the time we're born. And while they're developing, they're actually helping mature our immune system, particularly in the gut but throughout the body."

Recently, Dr. Murray and other Mayo researchers discovered that an out-of-kilter microbiome — a condition known as "dysbiosis" — is associated with autoimmune diseases such as rheumatoid arthritis, multiple sclerosis (MS) and celiac disease. It's unclear if dysbiosis is a symptom or a cause of the disease, but their work has shown that a type of bacteria native to the microbiome, known as Prevotella histicola, might be a key to getting the microbiome back on track and relieve some of the effects of these autoimmune diseases.

Dr. Murray calls P. histicola a "brug — the bug acts like a drug."

MS, rheumatoid arthritis and celiac disease are common autoimmune diseases caused when the body's immune system, triggered to destroy an invading organism, overreacts and attacks the body's own tissues.

In MS, the immune system degrades the protective myelin sheath that covers nerve fibers, causing symptoms such as numbness, weakness and loss of vision. In rheumatoid arthritis, the target is the collagen in joints, causing swelling that can result in bone erosion and joint deformity. And in celiac disease, eating gluten triggers a misguided immune response that damages the lining of the small intestine and can cause diarrhea, weight loss, bloating and anemia.

"The fascinating observation that's been made in the last 10 years is that each one of those diseases has what's called dysbiosis.  The bacteria found in the intestine is different from healthy controls," says Eric Marietta, Ph.D., a Mayo Clinic gastroenterology researcher. "There is something going on with the intestinal bacteria. Now is it a consequence of the autoimmune disease, or is it a cause? That's the holy grail of what we're doing."

The incidence of autoimmune diseases is rising in developed countries, and it's not known why. One suggestion is the "hygiene hypothesis," where the living environment is cleaned up, and as people make greater efforts to wash away or kill bacteria, their immune systems have less exposure to microbes and less work to do.

"People use the analogy ‘idle hands lead to devil's work' — the idea being that an idle immune system can become a misdirected immune system and that in general we need to have things, particularly bugs that live in and on us, to help maintain a relationship," says Dr. Murray. "They stimulate our immune system a little bit so that we maintain good defenses, but they also help us to contain or check those immune responses."

Veena Taneja, Ph.D., a Mayo Clinic immunologist, got a glimmer of this relationship when she was studying rheumatoid arthritis as a graduate student in her native India. She tracked 41 families and discovered patients with rheumatoid arthritis were more likely than average to have other autoimmune diseases, such as Type 1 diabetes, lupus and Hashimoto's thyroiditis. She also was struck that many patients reported a flare of rheumatoid arthritis after eating kidney beans. To be clear: Kidney beans are packed with protein and phytonutrients. But people can respond differently to different foods, even healthy ones.

"It was always at the back of my mind: How could kidney beans lead to a flare?" she says. "Somehow, there is some connection with the gut." Now it is known that the diet has a strong impact on the gut microbes.

"I came to Mayo because of the mice they had," says Dr. Taneja. Specifically, she wanted access to genetically altered mice that developed a facsimile of human rheumatoid arthritis. "Do their gut microbiomes differ from those that do not have the disease?" she asks. "That is the question I wanted to answer."

In collaboration with Dr. Murray, Dr. Taneja discovered that dysbiosis of bacteria in the gut of mice with rheumatoid arthritis suggested "a significant role of the gut flora" in the development of the disease.

Drs. Taneja, Murray, Marietta and other Mayo researchers identified the P. histicola microbe as potentially having "systemic immune effects." In Dr. Taneja's lab, they triggered rheumatoid arthritis in their mice with human arthritis-associated genes and treated them with oral doses of billions of P. histicola over several weeks. The dose is less than it sounds: The mouth may harbor up to 6 billion bacteria at any given moment.

The mice treated with P. histicola showed "significantly decreased incidence and severity of arthritis, as compared to controls."

"I did it, and I said I don't believe it. How can it be? Just by giving the bacteria, we are stopping rheumatoid arthritis in 50 percent of the mice," says Dr. Taneja. So she ran the trial a second time. And a third and a fourth and a fifth. "This strain [of P. histicola] does control the immune system and the gut," she concludes.

One obvious question was how. The microbe damps down the body's immune response — not only in the gut, but also throughout the body. It increases activity of regulatory T cells that modulate immune response and influence dendritic cells. These dendritic cells present antigens to the immune cells to start the immune response. P. histicola also countered leakiness of the gut and the blood-brain barrier, traits of patients with autoimmune diseases. It also seems to restore some normality and stability to the microbiome, reducing the chemical signals that trigger inflammation. The results were published in 2016 in Genome Medicine.

The researchers tried a similar experiment with mice engineered to develop MS. In the study, which was published in 2017 in Cell Reports, P. histicola showed a similar ability to dampen the body's immune response and lessen the symptoms and progression of MS.

But how exactly does a single organism accomplish all that? By regulating the cellular response directly? By producing byproducts that dampen the immune response? Or by regulating other microbes to bring the microbiome into the normal range? All of the above? That remains a bit of a mystery.

Nonetheless, the researchers are working on yet another similar study for the treatment of Type 1 diabetes. Mayo Clinic has patented the use of P. histicola to treat these autoimmune diseases and has just begun early clinical trials.

If the trials are successful and P. histicola does for humans what it does for mice, new therapies might be available for people suffering with autoimmune diseases. Restoring balance in the microbiome and relieving symptoms may be as easy as taking P. histicola-containing pills. "If my immune system resists colonization, I could keep taking it," says Dr. Taneja. "If it colonizes, you may not need to take it forever."

While genetics play a big role in shaping the microbiome, patients can take steps to improve their chances that their own microbes remain healthy, diverse and stable.

"One is that we feed them good food. So a plant-based diet seems to be healthier than a meat or fat-based diet," says Dr. Murray. "The second thing is: Don't use antibiotics unless you really have to. Taking an antibiotic is like nuking them."

To read more about how P. histicola is being investigated in obesity, cancer, inflammatory bowel disease, and clostridium difficile infection, see our companion article.