Medical Students from Puerto Rico Rise to the Challenge

We met here in Rochester, Minnesota, on a sunny morning in July—three first-year medical students completing a summer research program at Mayo Clinic.  A delicious breeze ruffled the canopy of a nearby coffee cart, but for these students from the University of Puerto Rico, the gales of another time were not far from their minds.

For medical school students, the first year of studies is demanding.

Coursework is challenging and unrelenting.

And competition among students is fierce.

For the University of Puerto Rico School of Medicine class of 2020, the challenge of surviving medical school took on unusual urgency when Hurricane Maria struck the island on September 20, 2017, just weeks into the new semester.

The remainder of that school year was a crucible that tested their resolve and capacity for self-sacrifice. However, under adverse conditions, many of the students have not only survived, they have thrived. And they’re more driven than ever to learn and to succeed. This summer, a contingent of first-year University of Puerto Rico medical students passed up the opportunity to take a much-needed holiday from work and study.

Instead, they applied to the clinical and translational science summer research program at Mayo Clinic. Three of these students, Amanda Toledo Hernandez, Lauren Rivera Pagan, and Alejandro Loyola Velez, shared their stories about the hurricane and their dreams of pursuing medical research with Discovery’s Edge:

Worse than anyone imagined
"We’ve had hurricanes before but not anything of this magnitude," says Amanda.

"It felt like an apocalyptic scenario," agrees Alejandro, "kind of unreal."

The devastating Category 4 storm, following on the heels of Hurricane Irma two weeks prior, caused an estimated $90 billion in damage to Puerto Rico. The storm knocked out power and telecommunications. Heavy wind, rain and flooding damaged homes and roads, requiring emergency evacuations. The entire island was declared a federal disaster zone.

Less than three weeks later, with much of Puerto Rico still struggling to access basic necessities, the medical school reopened on Oct. 10, and classes resumed.

One storm after another
Before the hurricane blew in, the University of Puerto Rico already was facing a financial crisis. Repairing damage from the storm promised to strain already stressed finances for the university. And there was concern that displaced medical students would not be able to return to complete their studies or would be forced to leave Puerto Rico to continue their education.

Faced with these challenges, the University of Puerto Rico School of Medicine pushed hard to get back on its feet as quickly as possible. The school reopened and summoned students back to class.  Students attended makeshift classes under tarps and in office lobbies. They studied and prepared for exams, despite limited access to electricity, cellphone service and the internet.

“Sometimes, we would have class and the power would go out, so we’d have to stop in the middle,” says Amanda.  “Studying was very difficult. A lot of our books and exam question banks were online.”

Students routinely competed for study space at the medical school library, which was often one of the few places with reliable electricity and internet access.

“We had to search for places to study,” says Lauren. “It got very tiring.”

However, students also looked after one another, and the experience, while trying, also bonded the students as a class.

“When one had power at home, he would invite people over, so we could study together,” says Alejandro. “It’s times like those when you really learned to appreciate connecting with other people and being part of a community.”

Out of house and home
In the aftermath of the hurricane, physical and emotional stress took a serious toll on students. In particular, many students were challenged by disruptions in their homes and families. Lack of power meant no air conditioning at home and lack of sleep.

“I would just be sweating the entire night, so I could barely sleep,” says Amanda. “That affected my studies and my concentration.”

Many students also worried about family and friends, and found it difficult to balance the demands of the medical school program with the needs of their loved ones.

“It was hard to leave my hometown in such a state,” says Alejandro. “My family members didn’t have power and could not work. Meanwhile, I was studying and surviving on my own.”

Where there’s a will, there’s a way
As the students spoke with us about the challenges of the last year, an occasional pause, or choice of words or tone of voice betrayed a sense of deeper emotions and frustration. But through it all, the face they present to the outside world is alive with energy and optimism. The students are determined to learn the skills that will help them become successful researchers.

“We were all there because we wanted to be there. I think the hurricane tested our desire to keep on studying,” says Amanda, recounting the past school year.

And the students looked for ways to learn from the experience.

“Many research topics can come from a hurricane,” says Lauren, “[such as] questions about public health, like how patients were affected getting health care, or how lack of electricity affected people who were on breathing machines. There’s a lot we can learn from this experience.”

At the end of the 2017-2018 school year, all three opted to apply to Mayo Clinic’s University of Puerto Rico School of Medicine Research Award instead of taking time off over the summer.

“I thought maybe I needed the summer to take a break after such hard year, but at the last minute, I was like, all right, you know what, you survived this year, so just apply and see where it goes," says Lauren. "I got in, and I was really happy that I didn’t let the hurricane make me give up my dream of doing research over the summer.”

The summer of research
The program, offered in collaboration with the University of Puerto Rico School of Medicine, offers a small number of medical students the chance to take part in a two-month clinical and translational research project under the mentorship of an established Mayo Clinic investigator.

“During the more than 10 years of this collaboration the students have valued this experience as a defining step in their careers, with many of them continuing their preparation by completing a master’s in clinical and translational science at Mayo Clinic,” says Dr. Silva. “The opportunities offered through this collaboration have been invaluable in the development of future clinical and translational researchers in Puerto Rico.”

All three students return to medical school with research experiences and life experiences that will shape their careers as clinicians and investigators.

“The Mayo program paired me with mentors who were well-suited to my needs and what I wanted to learn,” says Alejandro. He spent the summer in a genetics lab identifying the differences between genetic sequences in rats. “I don’t have steady hands, and I never thought I could do that kind of lab work. But I learned that practice and familiarity make a big difference. I don’t have to limit myself.”

The students also learned valuable lessons about the role of research in finding solutions for unmet patient needs.

“My work this summer was mostly in a lab, studying the neurobiology of alcoholism and drug addiction,” says Lauren. “But I learned how important it is to get out of the lab and ask patients what they need from research.”

In addition, the students stoked their ambitions to succeed in the face of adversity.

“I’d like to think that as a community, as an island, we will follow our hashtag, #puertoricoselvanta," says Amanda, who worked in an epidemiology lab studying patient perceptions of risk in pancreatic cancer. In English, this hashtag translates as “Puerto Rico rises.” 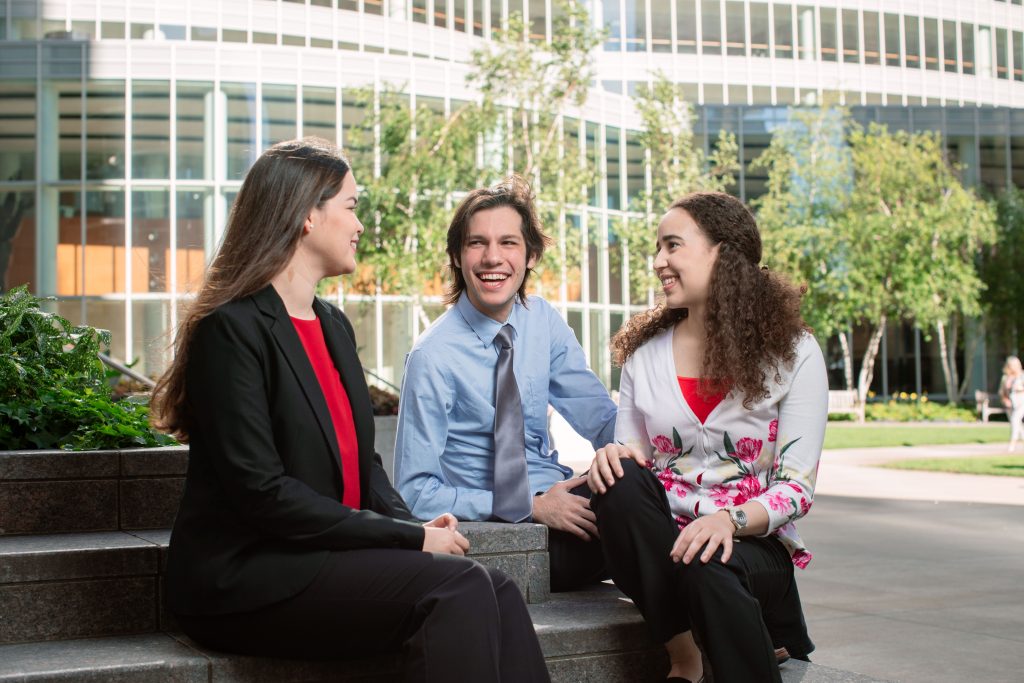 Determination and promise
Mayo Clinic established its collaboration with the University of Puerto Rico School of Medicine in 2007. Since then, 113 students have completed the program, and many have gone on to pursue research after medical school. According to the program’s directors, no other class of students has ever inspired or impressed them more.

Lewis Roberts, M.B., Ch.B., Ph.D., the Peter and Frances Georgeson Professor of Gastroenterology Cancer Research, has been leading the summer research program since it started. “I’ve mentored many talented students and have tried to give them a jump-start on their futures as biomedical investigators,” he says. “However, no one can deny that this year’s crop of students is special. They’re strong, and they’re incredibly smart. They’re survivors.”

“I couldn’t agree more,” says Anthony Windebank, M.D., director of Mayo Clinic Clinical and Translational Science predoctoral programs. “Given the level of determination these students have shown and the character they have demonstrated in the face of hardship ... isn’t that the kind of person we want trying to cure disease and advance the science of medicine?”

Studying the Route from Well-being to Being Well

Throughout her training to become an M.D.-Ph.D. physician-scientist, Catherine "Kit" Knier has been interested in wide-ranging approaches that improve health. But during the Ph.D. component ...

Curious about what it's like to work in a basic science lab, Yak Nak, a first-year medical student at the University of Missouri-Columbia, signed on ...