Genomics Arrives at the Clinic

Shortly after baby Jordyn came into the world on a cold January day, doctors knew something was wrong. The newborn’s skin was blue and cold to the touch. Her heart was racing and her nostrils flared as she struggled for air. Her mother was frightened, and with good reason: her first child had died after experiencing many of the same symptoms, though she didn’t know the cause.

Jordyn was rushed by ambulance to the neonatal intensive care unit at Mayo Clinic. There, geneticists met with the family and gathered blood samples.Then they went back to the laboratory to sequence all the genes in the genomes of mother, father, and child. Within nine days, they had an answer — baby Jordyn had a rare genetic defect linked to both pulmonary hypertension and disease called small patella syndrome, which is known to affect less than 50 people worldwide. With that information, Jordyn was able to get medication that would help her condition.

Such rapid-fire results, once unfathomable, are now becoming part of clinical practice. At Mayo, researchers at the Center for Individualized Medicine have joined forces with practitioners and diagnosticians to bring genomic-driven health care to patients. Together, the team is ending diagnostic odysseys for families with rare diseases. They are characterizing cancer and other diseases with molecular precision, enabling customized treatments. And they are developing tests to assess the risk of various illnesses in healthy people in the hopes of averting some diseases altogether.

“Our knowledge of the genome is expanding, and the cost of sequencing is dropping to the point where it is no longer a barrier,” said Keith Stewart, M.B., Ch.B., director of the Center for Individualized Medicine. “We sequenced a thousand patients and family members last year. In the not so distant future, I hope we can offer to sequence the genome of every patient that comes to the Mayo Clinic.”

Despite the discoveries of Darwin, Mendel, Watson and Crick, genetics made little impact on medicine until the 1960s. After scientists discovered that an extra copy of chromosome 21 caused Down syndrome, they began counting chromosomes to diagnose common birth defect. Before long, they were pouring over chromosomes plastered across glass slides, searching for other numerical and structural abnormalities underlying disease. Another leap forward came in the 1980s with the invention of a technique called the polymerase chain reaction, or PCR, which made it possible to amplify tiny samples of DNA and analyze them for specific mutations, such as the ones that cause cystic fibrosis or muscular dystrophy. 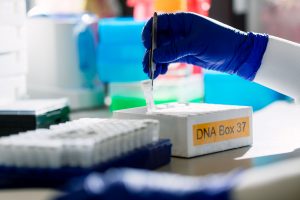 Then, in 2003, came the completion of the Human Genome Project, providing what Francis Collins, director of the National Institutes of Health, called “a transformative textbook of medicine, with insights that will give health care providers immense new powers to treat, prevent and cure disease.”

Dusica Babovic-Vuksanovic, M.D., chair of Mayo’s Department of Clinical Genomics, recalls a time when she had to rely almost entirely on her clinical skills to diagnose patients. Dr. Babovic-Vuksanovic specializes in rare genetic disorders like neurofibromatosis, a condition that causes tumors to grow along nerves, and Marfan syndrome, a connective tissue disorder that some believe was responsible for Abraham Lincoln’s tall stature. She says that clinical diagnosis didn’t enable her to precisely predict who else in a family would be affected or who should be screened or treated. Now, with genetic testing, she can pinpoint a mutation in the affected individual and then perform a simple blood test to determine who inherited the aberrant gene and who did not.

All told, there are more than 7,000 known genetic diseases, some affecting only a few people on the planet. According to some estimates, less than one percent of these diseases are correctly diagnosed, and even fewer are adequately treated. Patients with perplexing illnesses can find themselves enduring years of hospital visits, punishing tests, and false leads. When Mayo launched CIM five years ago, it set out to tackle these diagnostic odysseys.

“Typically, these diseases are diagnosed by clinicians using their best judgment and then ordering a genetic test, and if that comes back negative, trying again. Could you imagine doing that iteratively a thousand times? It’s virtually impossible,” said Matthew Ferber, Ph.D., co-director of the Clinical Genome Sequencing Laboratory. “What’s happening in the era of genomics is a product of scale. We look at genes just as we did with traditional genetics, but now we’re looking at tens, hundreds, and tens of thousands of genes simultaneously in order to solve these challenging cases.”

Thus far, CIM has seen more than 500 diagnostic odysseys. Each time that Dr. Ferber and the Mayo team handle a case, they sequence all the patient’s 22,000 genes and then run the data through computers, which use analysis strategies to search for every possible combination of genetic defects and origin stories — a new mutation, inherited from one parent, inherited from both parents, sex-linked — that could explain the illness. They then sit down with a team of clinicians, genomic scientists, genetic counselors, bioinformaticians, and bioethics representatives from across the institution to look at the results. To date, this approach has solved more than one-third of these cases.

“That’s pretty remarkable, when you consider that these people have visited the best genetics clinics for years, and they haven’t been able to find a diagnosis using the best tests available,” said Dr. Babovic-Vuksanovic.

As researchers dig deeper into the genome, they are not only gaining insight into rare single-gene disorders but also discovering the genetic underpinnings of more common diseases like cancer and heart disease.

“There are many cancers that look the same under the microscope, but when you analyze them using genomic tools, you begin to see the complexity, the subtle differences that could guide their treatment,” said William Morice, II, M.D., Ph.D., chair of Mayo’s Department of Laboratory Medicine and Pathology.

Mayo clinicians have been using genomic testing for several years as part of routine practice to help decide which treatments will be most effective at attacking a particular patient’s cancer. They might test for a mutation in a single gene, like HER2, or they might assess 20 to 50 different genes, using assays like the Solid Tumor Targeted Cancer Gene Panel, developed at Mayo. In the toughest cases — those involving patients with advanced cancer who have exhausted all treatment options — they might sequence the whole genome in search of another tactic to fight the disease.

Dr. Stewart says that one of the biggest obstacles to incorporating genomics into clinical care is education. Many practicing physicians, pharmacists, and allied health staff have little formal training in genetics and molecular biology. So to help bring other clinicians up to speed, CIM’s education program offers training to medical students and continuing medical education events for specialists, and publishes widely on aspect of precision medicine. CIM has also worked with clinicians to develop new genomic tests for cardiology, neurology, gastroenterology, transplantation, and even infectious diseases.

A large study published in December 2016 in the journal Science suggested that about three percent of healthy people harbor a health-affecting genetic variant. The authors suggest that screening the general population for these at-risk genetic shifts could identify people who could benefit from personalized interventions like cholesterol-lowering drugs or frequent mammograms. Dr. Stewart believes that while such widespread adoption of genomics is inevitable, moving from a research tool to a medical test may take some time. 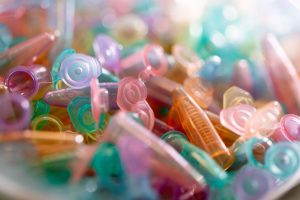 Dr. Stewart has had his own genome sequenced twice. He remembers the first time he sent his sample to be sequenced, he couldn’t wait to see the results. But when he finally received the report, he felt underwhelmed. The report said he was a carrier for four inherited diseases, none of which had shown up in his family. It also highlighted some drugs he should or shouldn’t take (he’s a poor metabolizer of the blood thinner warfarin and might react to statins).

“When I thought about it, I realized it’s not what’s positive but what’s negative that’s really interesting,” said Dr. Stewart. “I tested negative for all the other conditions. And if my doctor ever wants to prescribe me Simvastatin, I should tell him to start with low doses because I’m sensitive to it. Those are quite useful things to know.”

Another issue is that technology has far outpaced the ability to decipher what it all means. Dr. Stewart’s sequencing results revealed 600 mutations in his genome for which there was no information. These “variants of uncertain significance” often turn up during genomic testing, underscoring how much more researchers have to learn about the three billion letters that encode life.

To share Mayo’s knowledge of genomics beyond the walls of the institution, Dr. Stewart, Ferber and their colleagues are working with industry to create a lab developed personal genome health test. The test will focus on 15 to 20 medically relevant genes and provide consumers with educational tools for learning about genomics and why these selected genes matter. The team is working toward a product ready to launch this year.

For now, Mayo Clinic will continue to search for these answers, adding to its current genomic tests, which number in the thousands.

“It took the center five years to start seeing a pretty rapid uptake of genomic testing in the practice across different disciplines in medicine,” said Dr. Stewart. “But we’re still in the early days. As we understand the genome more and more, we’ll gain a greater appreciation for what it can and can’t tell us. We’ve got a lot of learning to do before we realize its full potential.”