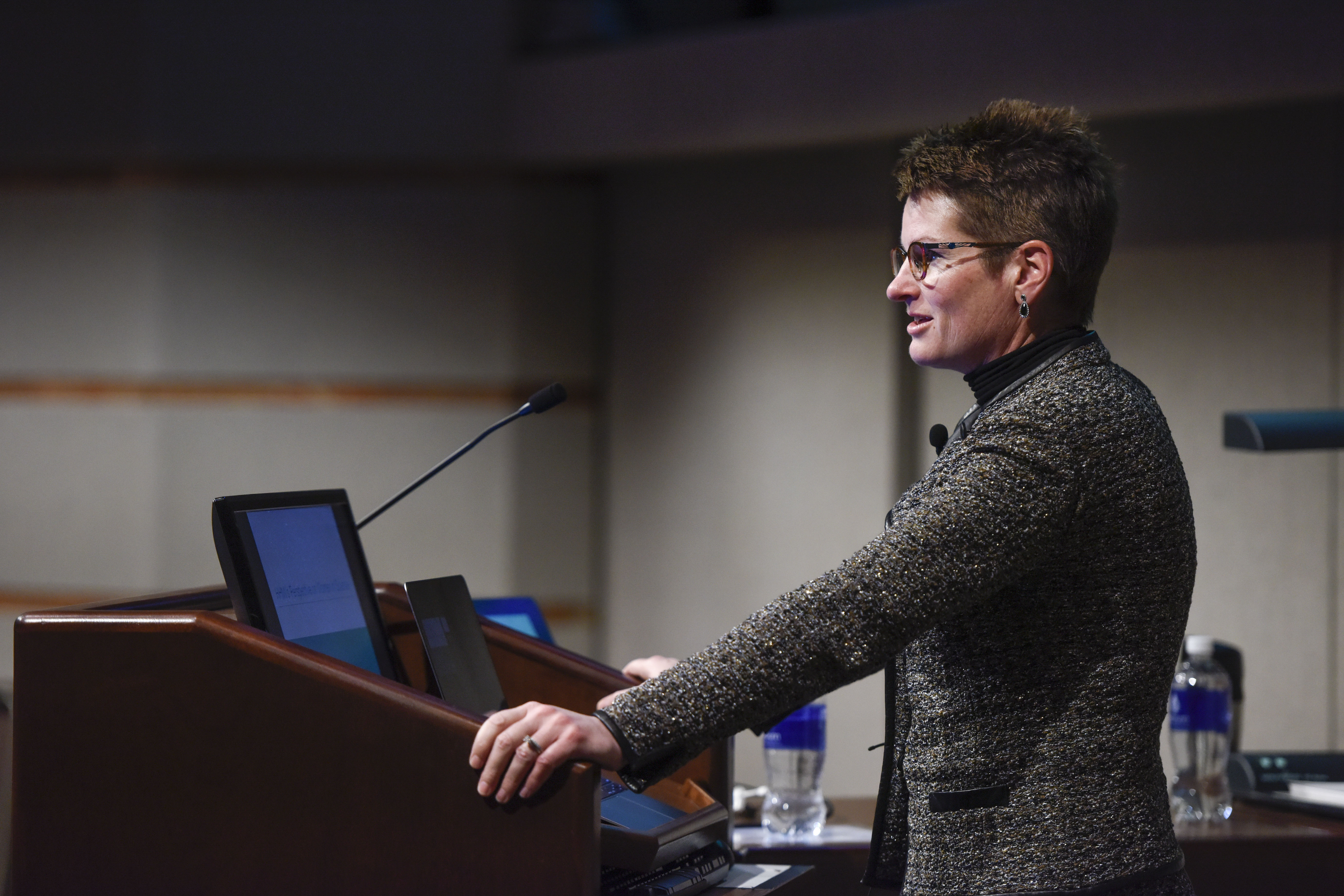 Mayo Clinic recently welcomed Howard Hughes Medical Institute (HHMI) President Erin O’Shea, Ph.D., as the keynote speaker for its Celebration of Women in Science. Dr. O’Shea recently became HHMI’s first female president. She shared experiences from her scientific career, as well as her work at HHMI to increase the number of women and under-represented minorities in science.

A great scientist, an active leader
Dr. O’Shea credits her undergraduate experience at Smith College for contributing to her confidence. This foundation served her well as she earned her Ph.D. from the Massachusetts Institute of Technology and then went on to accept a position at the University of California-San Francisco (UCSF).

At UCSF, Dr. O’Shea says, she encountered influential champions and role models, such as microbiologist Carol Gross, Ph.D. It was Dr. Gross who tapped Dr. O’Shea to help run a summer program for underrepresented minority students. That opened Dr. O’Shea’s eyes to life beyond the lab bench: “In a nutshell, Carol really showed me how to be both a great scientist and an active leader in the community. For me this was, I'll confess, really an experience that changed the way I thought.”

While at UCSF, Dr. O’Shea also did work in the lab of University of California, Berkeley biochemist and HHMI Investigator Robert Tjian, Ph.D. She called Dr. Tjian “a great supporter throughout my entire career and a terrific mentor and role model.” Dr. Tjian later went on to become HHMI president, recruiting Dr. O’Shea — by then at Harvard University — to join HHMI as chief scientific officer in 2013. Dr. O’Shea succeeded Dr. Tjian as HHMI president last year.

Diversity: Concern, challenge and change
From HHMI’s perspective, Dr. O’Shea says, it’s clear that diversity is critical to scientific excellence in any field. She said, “Diverse groups encourage thinking out of the box, divergent thinking and different viewpoints. And this brings new strategies, new tools — new ways to solve problems.”

HHMI has a responsibility to address this talent gap, Dr. O’Shea says, given that HHMI’s roughly 300 labs train a significant number of academic faculty. “If we can effect change, enhancing diversity in the investigator population and in these labs, we could have a catalytic effect on diversity in the science population at large,” said Dr. O’Shea.

Experimental models
To work toward that goal, HHMI has several programs underway, including the Hanna H. Gray Fellows and Gilliam Fellows programs, which seek to increase diversity in biomedical research in different ways.

“At HHMI, we want to do experiments to try to enhance diversity and inclusion in science. Some will fail; others will work. Our hope is that successful efforts will then be taken and used as models by others,” says Dr. O’Shea.

Mayo culture
In addition to celebrating diversity and women in science, Dr. O’Shea took a moment to reflect on her visit to Mayo Clinic.

“Like many people in science, I’ve been to many research institutes and universities across the country. I can't recall another one that has impressed me so much with an apparent culture of partnership, collaboration, and total focus on the patient."